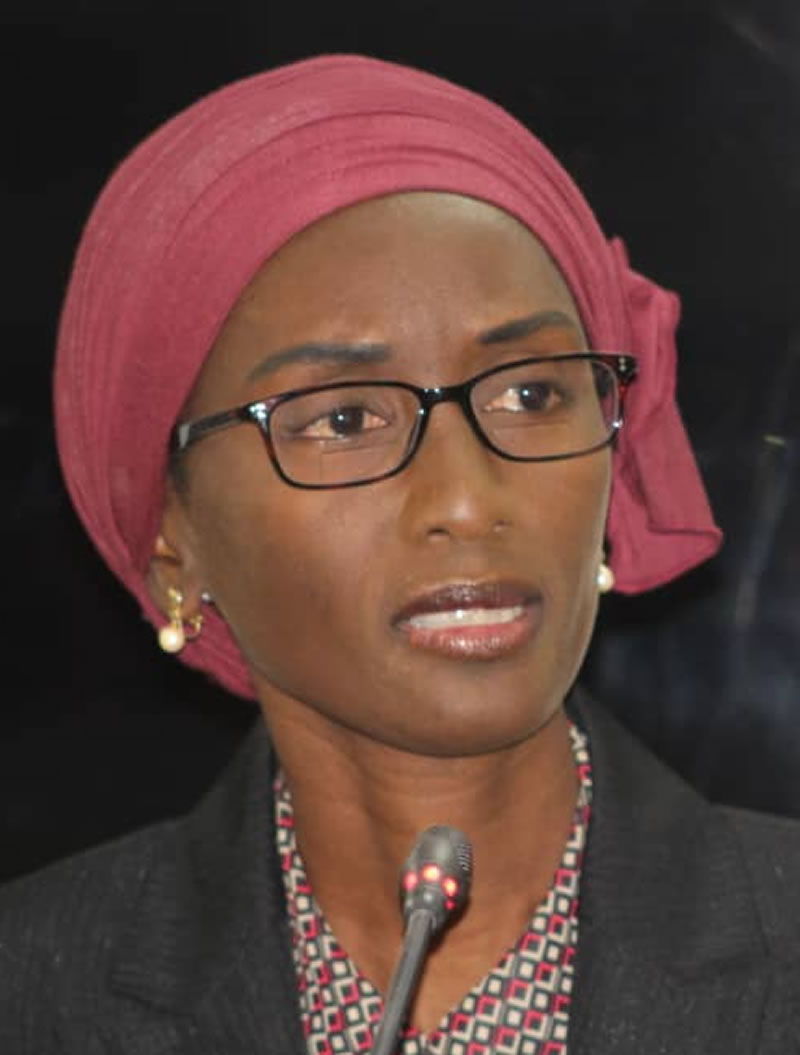 Neneh MC Cham is a private legal Practitioner in active general legal practice since her enrolment in November 2000. She is recognised for her commitment to advocating for and defending human rights in general and that of women and children in particular. She is a Legal Consultant on Women and Children rights.

Driven by her passion for the pursuit of justice for all and equal opportunities for women, children, the youth and vulnerable members of society, Neneh is renowned for her contribution towards uplifting their legal and socio- economic status, which is particularly evident from the pro bono legal services she offers to them without hesitation. She was the
recipient of the Award for the Most Outstanding Women Legal Practitioner in March 2020 at the maiden edition of the She Awards here in the Gambia.

Her tenure as President of Female Lawyers Association- Gambia (FLAG), saw her register resounding success steering the affairs of the Association from November 2011- February 2016. During this period, she led FLAG teams which conducted trainings/ sensitization programmes in communities across urban and rural Gambia on issues and laws affecting
women and children. He work also included providing legal expertise during consultative meetings on draft laws affecting women and children.

In 2012, she and 10 other FLAG members successfully underwent an intensive training in Sharia family law (marriage divorce and Inheritance) organized by FLAG under the auspices of the Judicial Training Institute. The end of the training saw them awarded certificates qualifying them to practise sharia in the Cadi Courts in accordance with section 137 (1) of
the 1997 Constitution, effectively enabling them fulfill their core mandate of representing women and children in the Cadi Courts.

Over her 20 year career, Neneh has represented women and children in numerous cases commencing in the High Court, Children’s Court and Cadi Courts including child custody, maintenance, adoption as well as defending them in capital offence cases. She was also involved in the successful litigation of the landmark case on women’s rights in the Gambia.
The case of Matty Faye V Dawda Jawara on equitable ownership of matrimonial property, in which the High Court declared a divorced wife’s equitable share of the matrimonial property ie her entitlement to the contributions she had made during the marriage. This case was prosecuted all the way to the Supreme Court of The Gambia.

More recently in 2018, she served as Vice Chairperson of The Faraba Banta Commission of Inquiry established by His Excellency The President of The Republic of the Gambia.
Currently, she is the Chairperson of National Agency for Legal Aid (NALA) and member of the General Legal Council. She is a board member of other professional bodies/ CSOs that share her passion and vision, both in the Gambia and abroad. She is fluent in French.